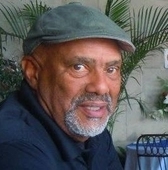 I get duplicates from the iTunes store

By cambridgehank, April 30 in iTunes and Everything Apple