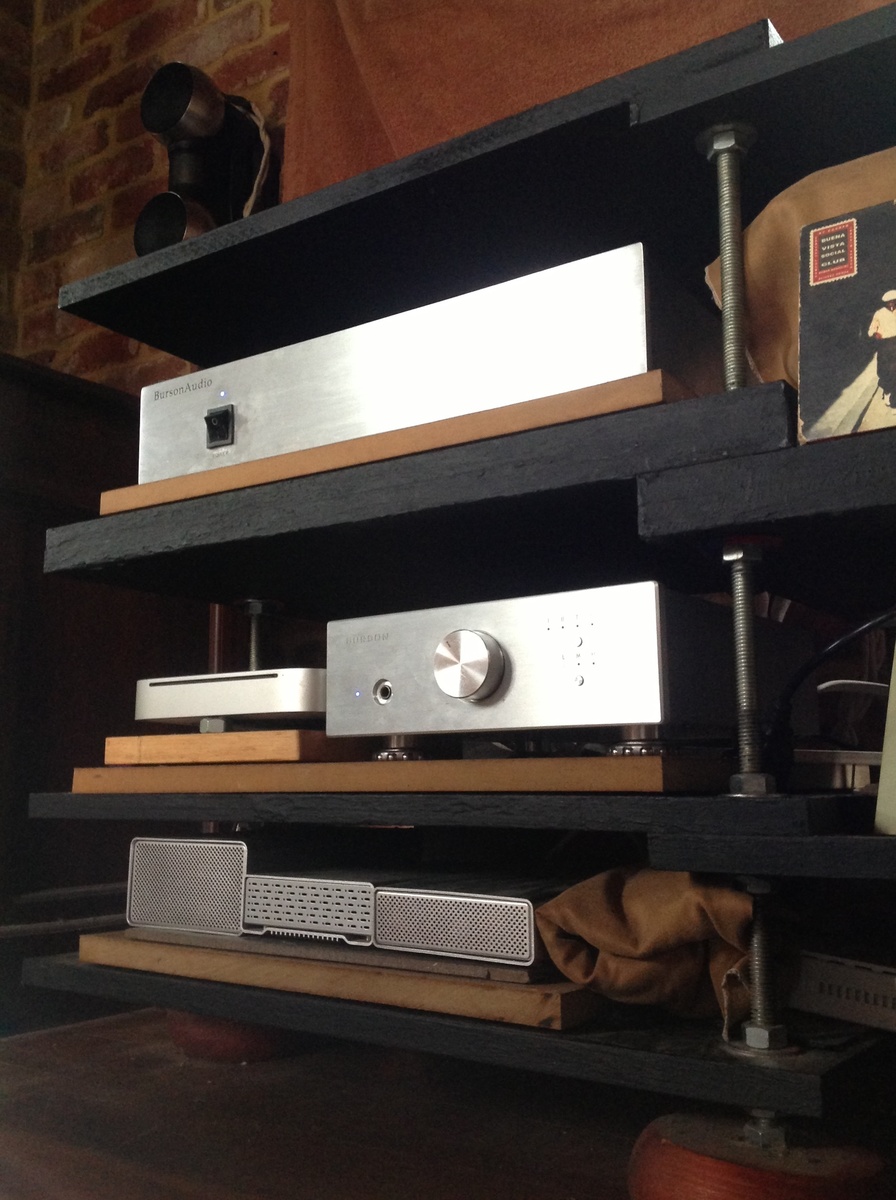 Mac mini (Lion, A+) -> Burson HA 160D -> Burson PP100 -> Gallo Stradas + TR-3 Power conditioner: Blue Circle Audio's 6x Sillycone Mac mini has 8gb of RAM and a 60gb SSD. Audirvana Plus is the only player I use these days (on its own, not with iTunes). Not having money has made me do what I can for very little. Most of my tweaking efforts fall flat on their arse. But through some trial and much error, some tweaks have paid off. Cables are DIY, except for the Oyaide neo d+ (S) USB cable. I've become rather partial to UPOCC copper (when it was much cheaper!), so used that for speaker and power cables. Interconnects use some silver with a little gold - mainly 'cause I wanted to use cotton for the dielectric. Taking Pierre from Mapleshade's advice, removing the rubber feet and metal base of the sub to let its inbuilt screws rest on the suspended floorboards gave the bass some much needed gravitas. (As Piere theorised, the sub uses the floor itself - it works!) Screwing a timber post between the Gallo Stradas and the brick wall reduced distortions/giving the sound much greater clarity.

There are no comments to display.