When is it time to stop the never ending quest for audiophile playback perfection? 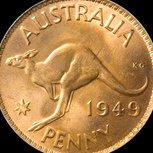