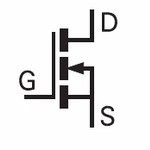 By DarqueKnight
June 20, 2021 in AfterDark (Sponsored)