The problems with stereo recordings 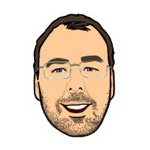