Rock Energy at Its Best! 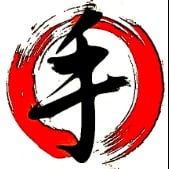 By sphinxsix
October 9, 2016 in Music in General