The role of RAM & published SPECS 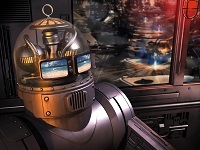