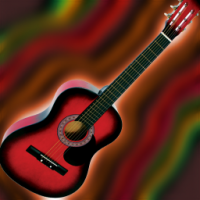 By musicbuff,
August 5, 2015 in DAC - Digital to Analog Conversion