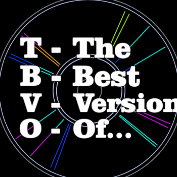 Welcome to the first “Mini-TBVO.” These Mini-TBVO blog posts allow me to publish an analysis of the best masterings of a classic album in a shorter format. The biggest difference between a Mini-TBVO and a full-length TBVO is that I’ll provide (sometimes much, much) less background information about the artist and the recording of the album and will instead skip right to the technical analysis.

An album might wind up being a Mini-TBVO, rather than a full-length TBVO, for several reasons. There might only be a few masterings of the album. Or there might not be much information about how an album was recorded. Or a recent event might make it desirable to post about that artists or album quickly (whereas a normal TBVO takes many months of research and writing to complete). In most cases, an album will become a Mini-TBVO due a combination of those three factors.

Audiophiles rejoiced when news broke in September that Analog Productions would be releasing Bernie Grundman-mastered versions of the complete Steely Dan catalog on vinyl and SACD. Subsequently, it was revealed that these new Grundman masterings also would be available on streaming services and download sites. Well, the first of these, Steely Dan’s 1972 debut Can’t Buy a Thrill, popped up on sites like Qobuz last week.

Given my predilection for the Dan, it’s no surprise that my immediate response was to see how Grundman’s mastering stacked up against previous digital versions of Can’t Buy a Thrill.

Steely Dan’s debut is an odd album. It contains the three Dan songs most likely to be heard on classic rock radio — “Do It Again,” “Dirty Work,” and “Reelin’ in the Years” — but it’s arguably not even a top-five Dan album. (It wouldn’t make my top five, but no less than Aimee Mann ranks Can’t Buy a Thrill as not just her favorite Dan album, but one of her five favorite albums of all time. So who am I to disagree?) It’s also the only Steely Dan album to feature lead vocals by David Palmer, who was brought in to sing “Dirty Work” and “Brooklyn” because Donald Fagen wasn’t confident in his singing voice.

Yet, with the team of producer Gary Katz and engineer Roger Nichols — both of whom would stay with Steely Dan for nearly its entire run — at the helm, Can’t Buy a Thrill is undoubtedly an audiophile-quality album.

Over at Steve Hoffman Forums, member “bmoregnr” has done the yeoman’s work of listing all of digital the versions of each Steely Dan album based on the peak levels of each disc. By that metric, there are six versions of Can’t Buy a Thrill. However, different peak levels don’t necessarily indicate a unique mastering. Often, different discs simply contain level-shifted versions of the same mastering. I’ve been able to track down all of the versions listed by bmoregnr, along with one that I don’t think made his list.

Despite the variety of peak levels, analysis with Har-Bal suggests that, prior to the release of the new Grundman mastering, there were only two digital masterings of Can’t Buy a Thrill.

The first version can be found on all of the Can’t Buy a Thrill CDs released between 1985 and the early-‘90s. The ones I’ve been able to confirm include:

The second version can be found on the 1993 Citizen Steely Dan box set mastered by Glenn Meadows. In 1998, all of the Steely Dan albums were re-released on CD. These discs supposedly contained new masterings, but actually seem to have a level-shifted version of Meadows’s mastering. This mastering has also been used on Japanese SHM-CDs released in the 21st century. Finally, a few discs that look otherwise identical to the original ‘80s CDs also have the Meadows’s mastering, including:

The third version is the new mastering by Bernie Grundman.

None of the three versions above are dynamically squashed. So let’s skip right to examining their respective equalizations in Har-Bal.

Up first is the original mastering (yellow) versus the Meadows mastering (orange) using a sampling of tracks:

The Meadows mastering consistently has more energy above approximately 5 kHz, and it often has more bass, too.

Next, let’s look at the Grundman mastering (pink) compared to the original mastering (yellow):

The Grundman mastering consistently has more bass than the original CD. However, the differences above 500 Hz or so are hard to summarize. Generally, the Grundman mastering has a bit less energy between 1 kHz and 2 kHz. Above that region, the two masterings vary in inconsistent ways. Whereas the Meadows mastering altered the ’85 CD in fairly predictable ways across tracks, Grundman seems to have taken a track-by-track approach.

So does Grundman’s remastering breathe new life into this classic? In short, yes. Emphatically so.

While neither of the previous versions of Can’t Buy a Thrill can be called bad masterings, the new Grundman transfer of the master tape pulls out previously-buried details, while his equalization choices sound balanced and natural.

Examining just the three most famous tracks on the album:

“Do It Again”: The channel balance on both the ’85 and Meadows CDs sounds a little tilted to the right, whereas Grundman’s channel balance re-centers the song. Fagen’s double-tracked vocals, which are panned far left and far right, sound a little wider and much clearer on Meadow’s mastering than on previous versions. Likewise, instrumental elements like the hypnotic auxiliary percussion and Denny Dias’s electric sitar solo have more texture and realism (and sound less tinny) than on both previous masterings.

“Dirty Work”: The differences on this track are simply enormous. The original ‘85 mastering sounds excessively rolled-off in the treble, which makes everything from the horns at beginning to Jim Hodder’s hi-hat to the various reverb trails sound muffled. So extreme is the treble roll-off that the acoustic guitars that enter on the chorus are barely present on the ’85 disc unless one listens closely. Meadows’s Citizen remaster improved this track significantly, but Grundman’s new mastering is head-and-shoulders above both previous versions. Not only is the realism restored to aforementioned elements like the horns, hi-hat, and acoustic guitar, but also Jim Hodder’s kick drum has never sounded better, and one can easily separate the layered vocals on the chorus, which tended to blend together somewhat on even the Citizen remaster.

“Reelin’ in the Years”: The differences between the three versions aren’t quite as dramatic on this track, but the Grundman mastering is still the clear winner. Besides the by-now-common edge on vocals and drums, the new remaster reveals the low-mixed left-channel rhythm guitar better than any previous mastering.

In short, audiophiles simply need to check out Bernie Grundman’s new mastering of Can’t Buy a Thrill, which is now available on streaming services like Qobuz and will be released on SACD soon.

If you'd like to support Club TBVO, please use the link below to donate.